TRYOUTS:  Tryouts for Amarillo Xtreme Volleyball are OPEN.
No player has made a team or been offered a spot on a team before tryouts.
Returning players must earn a spot on the team as well as new players.  As each players skill level changes so will the team.  The tryout process can be difficult on the athlete and the parents, but it is also difficult on the coaches.  There are many decisions and factors involved when choosing a team and we will be very open and honest with you during the tryout process to help you make the best decision for your player.  You player will be evaluated by your players age coaches as well as an administrative team of coaches so that each player is getting a well rounded score from 6-7 coaches before they are placed on a team.
Our tryouts are complete for this season and all teams are full.
**  All of our age division 1s teams 12-17s are expected to pursue
​a USAV Nationals BID **
Average Xtreme Club Team Costs:

*All costs posted are averages from previous seasons and vary according to parent/team tournament choices
*Our top teams in each age group usually run at the top end of this cost range or a little over
*Total cost is divided into monthly payments
Other Club Information:

*We will plan on having an brief informational meeting prior to club tryouts on first day of each age division
*Once you make a team you will attend a parent meeting to pick the desired tournaments for the season and an initial payment
​                         will be due at that time: $250 for 12-3s and under and $400 for 12-1 &2s as well as 13U and up
*Uniforms will need to be ordered at parent meeting: $70-$150
*Your player will need a USAV membership and will need to accept club invite once team has been made: $60
*We offer an annual fundraiser to help with season costs 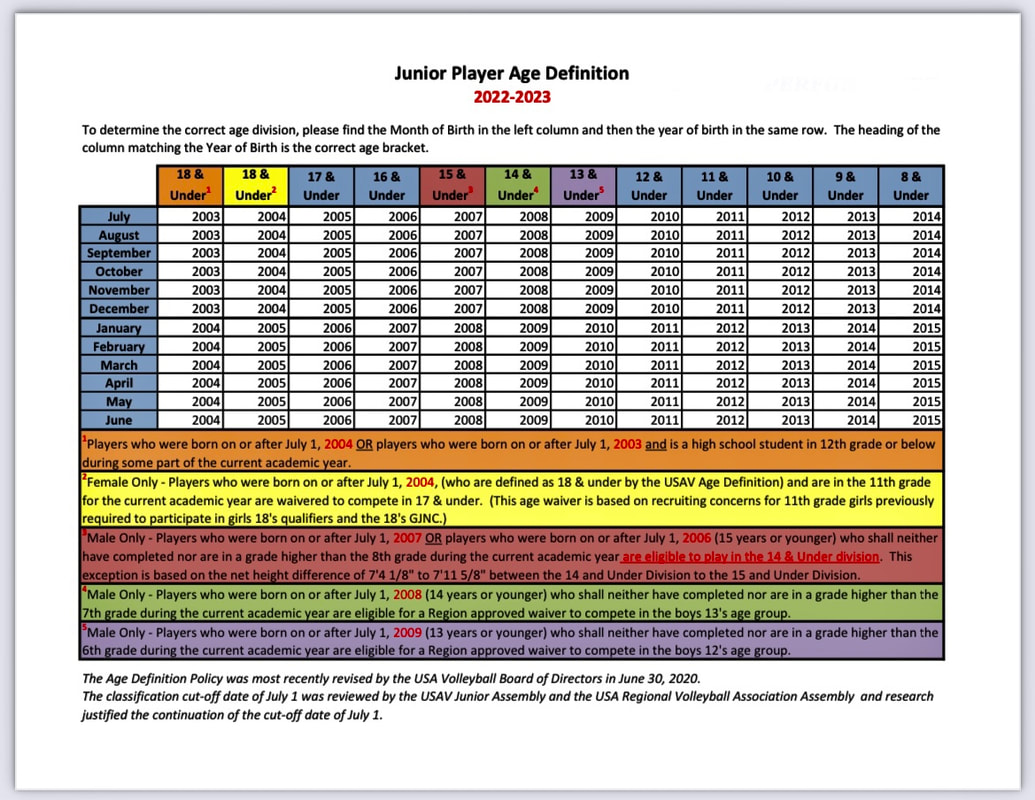